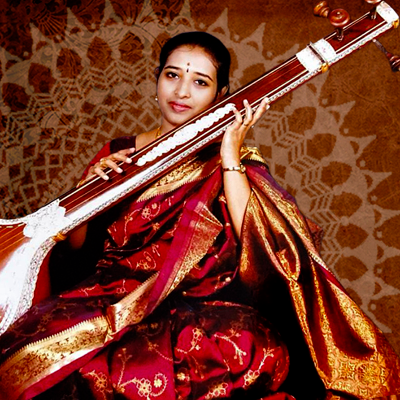 Smt. Ramya Srinivasan is a disciple of “Padma Bhushan”,“Sangitha Kalanidhi” Smt. Sudha Ragunathan. Her initial period of training was under Smt. Radha Sundaresan and later from Vaigal. Sri. S. Gnanaskandan. She has given many performances in Chennai during the December Music festivals and also in other places like Tirumala, Kerala, Mumbai, Karnataka and more. She has also released a few CD's on Annamayya Kritis, Dasara Padas and Desika Stotras.