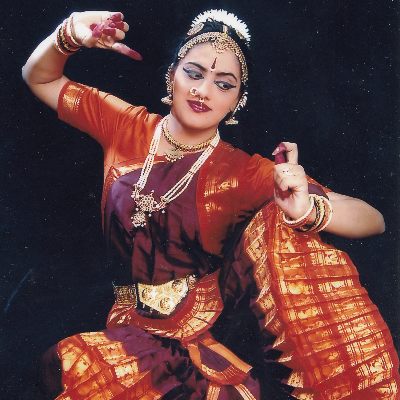 Bharatanatyam and Kuchipudi, the divine Indian classical dance fascinated Rachana Rao at the tender age of 5 Yrs. Winner of the title “ Yuva Prathibhae “ at the state level “Kalaprathibotsave” organized by the Kannada and Sanakrithi Nrideshanalaya , Bangalore with various Rajya academies ,Rachana is also an empaneled artist by Sankalp (a Delhi based NGO) among the panel of performing artist to conduct workshop. She is also a graded artist in both Hyderabad as well as Bangalore Doordarshan for Kuchipudi and Bharatanatyam. Rachana completed her Arangetram, Vidwath Exams under the able guidance and tutelage of “Karnataka Kala Thilika “ “Shantala awardee” Nrithya Guru Shri Ullal Mohan Kumar Mangalore .She continued her learning and exploring of the art form under internationally acclaimed dancer under Guru Sathyanarayana Raju- Bangalore. She has learnt Kuchipudi from her mother Hema Dinesh Rao and from Guru Bhagavatula Venkatarama Sharma of Vijayawada.Rachana has been constantly developing her dancing skills and has participated in the ‘Natyashastra’ Workshop conducted by the eminent dancer Scholar Pappu Venugopala Rao. She has also regauarly participated in several workshops conducted by Rama Vaidhyanathan, Indira Kadambari, Bijayini Satpathy both in Indian as well as in USA. She has studied abhinaya in the ‘Navarasa Sadhana’ - Phase 1, acting methodology developed by Kathakaliand Kudiyattam artist, Sri. G Venu. Rachana has been an Indian Raga fellow for the year 2019 and was privileged to perform for Howdy Modi in Houston.AwardsØ Government of India scholarship from the Department of Culture, Govt. of India.Ø Natya Mayuri award by the Ghadag culture department.Ø Yuva Prathibhae D.K. Ratyotsava award by the government of Karnataka.Ø Yuva Kala by Koota Parishath , MangaloreRachana has dedicated most of her time in perfecting the art form, learning the more complicated nuances from her gurus. Today, she has blossomed into a soulful performer and has performed recitals in India and USA.Apart from numerous festivals and stages in India and abroad over the years, following are the recent major performances given by Rachana Rao.Soorya Dance festival – St Louis USA , NrithyaBharathi LA – USA , Nritya kala Parishat dance festival Bangalore , Sri Thyagaraja Gana Sabha – Hyderabad , Kittapapillai dance festival – Bangalore , Bharatiya Nritya kala Parishad – Mysore , Nataraja kala Sangha – Vijayawada ,ICCR Bangalore etc.She has toured and performed along with Guru Kalaratna K V Satyanarayana across USA portraying as Bhama and Krishna in his Kuchipudi dance dramas. She has also done charity shows like Karuna Fundraiser for cancer victims.Rachana has performed more than 500 shows around, Mumbai, Karnataka, AP, Chennai and USA.Rachana believes that propagating the art form is also very important to nurture the young minds and that gave rise to her dance academy in USA.