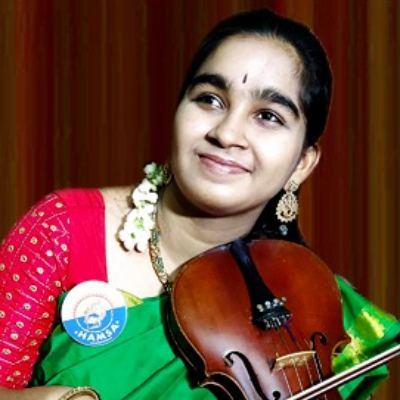 I come from a music family, I was initially trained under my mother, now i am under the esteemed tutelage of Sangeeta Sudhanidhi Smt. Manda Sudharani garu for the past 9 years, i have been performing [violin] since i was 14 years old, i had accompanied my guru at various places for a couple of times,

I've received scholarship at an age of 14