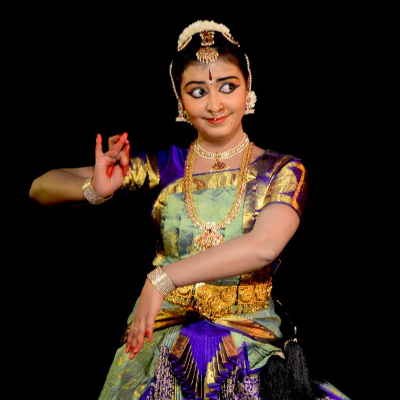 Kum.C.S.BHAVANA  is the disciple of THIRUVEEZHIMIZHALAI SMT.KANAKA KRISHNA PRASHANTH.She started learning bharathanatyam at a tender age of 8 and passionately learns the precision technique of this art for the past 10 years. She has received “BEST PERFORMER AWARD” from Sri Parthasarathy Swami Sabha. She has got selected in the audition of Talent promotion of upcoming young artist conducted by TAMILNADU IYAL ISAI NADAKA MANDRAM for which she has performed in four sabhas  for which the mandram sponsers amount.